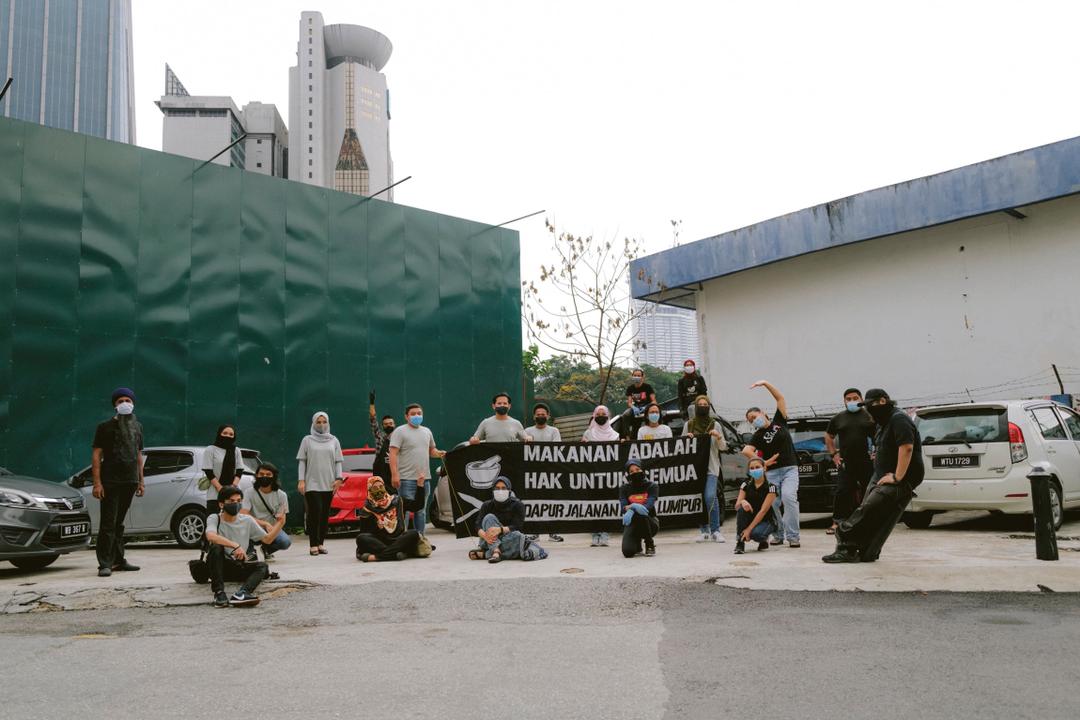 Every Sunday at around 5 pm at the corner of Jalan Panggong, Kuala Lumpur, you would see people queuing systematically to receive food packs from a group of youth volunteers. These volunteers call themselves Dapur Jalanan Kuala Lumpur (DJKL), and they have made it their mission to feed the homeless and the marginalized in the city since 2013.

They start together in the morning to prep and cook the food with everybody playing their part, and later in the evening they would get ready as hungry people begin to form a queue along Jalan Panggong. They even have people doing crowd control so that they could attend to the hungry as swiftly as possible.

I was fortunate to be able to join in yesterday, where my team and I headed to Bangsar Utama to help them prepare and cook what may be someone’s first and only meal of the day. Later we all went to Jalan Panggong where all the food packs and goody bags were handed out to the homeless and the hungry. I was amazed at their passion and teamwork!

With their huge banner that read “Makanan Adalah Hak Untuk Semua” (Food Is A Right For Everybody), DJKL is hard to miss if you’re ever in that area on a Sunday afternoon. I spoke with the youths involved and they explained that they believe that no one should be hungry, and they would hand out food to anyone who wants it, not just the homeless. They’re also doing this to inspire youths to get involved in their community, to learn organizational skills, and to be aware of urban poverty and homelessness.

It has been quite a challenge for them during the Movement Control Order where the number of volunteers has been restricted due to the strict SOPs, but they pushed on. Before the outbreak of Covid-19, there were many volunteers who helped them to cook and distribute the food packs, but they had to cut down the number of recruits to adhere to the SOPs of the MCO. Realizing the challenges and hardship faced by many of the urban poor in the city, in September last year they even organized a registration drive to help the urban poor and homeless register for the national welfare cash aid, BPN.

As a non-profit organization, DJKL relies on donations and contributions. They also sell merchandise to help them cover their costs. They welcome everyone to join them, so if you’re interested to get involved, visit their website at https://linktr.ee/djkl or Instagram @dapurjalanankl.

I would like to thank everybody from Dapur Jalanan Kuala Lumpur for a Sunday well-spent, especially to Ezzuandi, Quratul, and Farhan. Also a shout out to my team Reshma, Maslin, Sharifah Shuriana, Eja, Nazilrul, Nafis, Haziq, Fadzil, Faizul and Kamal for making it happen.

Lapasar Identified As One of 10 Potential Unicorns in Malaysia

#FNInitiative: We Will Be There For You

While the FN Initiative is the embodiment of visions, ideas, and hopes with its three…

Image & Article From The Edge Markets: With the proliferation of chain supermarkets in the…

Copyright © FAISAL NASIMUDDIN Official - All Rights Reserved.
Back To Top